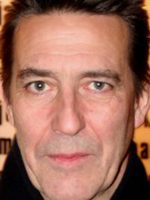 Although his irish father wanted Ciaran Hinds to follow in his footsteps and become a doctor, finally the influence came from his mother, an amateur actress who inspired Ciarán and his vocation. So, although he started law at Queens University, he left it to train as an actor at RADA. He began his television career in the 80s with a TV movie called 'The Long March'. Since then he has participated in tv movies such as 'The Mayor of Casterbridge', 'Jane Eyre' and 'Rules of Engagement'; and TV series such as 'Roma', 'Jason and the Argonauts' or 'Game of Thrones'. He has worked in movies like 'The Disappearance of Eleanor Rigby' or 'Be Blood'.

Ciarán Hinds has been active for 32 years, participating in 29 movies that average a 7.0/10 score.

Last Days in the Desert