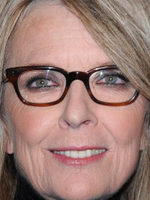 The Californian actress Diane Keaton got her first major role in the Broadway musical 'Hair', after which she began her television career with shows like 'Love, American Style' or 'Night Gallery'. She started her film career with a very notorious film, 'The Godfather' and worked in several films of director Woody Allen. The Allen girl starred with the director in films such as 'Play It Again, Sam', 'Sleeper', 'Love and Death' and the most famous, 'Manhattan' and 'Annie Hall'. Since then she has been 'The Little Drummer Girl' , 'Baby Boom much' and has been part of 'The First Wives Club'. Among her recent films are '5 Flights Up' and 'The big wedding'.

Diane Keaton has been active for 49 years, participating in 26 movies that average a 6.8/10 score.

Christmas with the Coopers