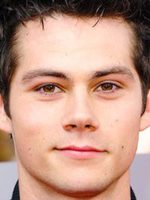 Dylan O'Brien (born August 26, 1991) is an American actor and musician. He co-stars as "Stiles" Stilinski in the MTV series 'Teen Wolf'. He also starred in the films 'High Road', 'The First Time', and the dystopian science-fiction adventures 'The Maze Runner' and its sequel, 'The Maze Runner: The Scorch Trials'. In addition to acting in film and on television, O'Brien has produced, directed, and starred in a number of comedic short films produced for and released through his personal YouTube channel. He was the drummer for the independent rock band 'Slow Kids at Play'. O'Brien is in a relationship with actress Britt Robertson. They met on the set of 'The First Time' in 2011.

Dylan O'Brien has been active for 10 years, participating in 11 movies that average a 6.3/10 score.