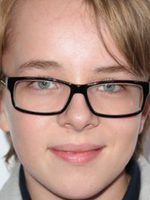 Ed Oxenbould is an Australian film and television actor, known internationally as the titular character in Alexander and the Terrible, Horrible, No Good, Very Bad Day, Dylan in Paper Planes and as Russell Crowe in Soul Mates. Oxenbould was born the son of Di Adams and Jamie Oxenbould. He is the nephew of comedian/actor Ben Oxenbould. He starred in the 2012 Australian short film Julian, in which he played the title role (a 9-year-old Julian Assange), directed by Matthew Moore. He was nominated for the AACTA Award for Best Young Actor. He is currently starring in the Australian television show Puberty Blues as David Vickers, the 10-year-old son of the Vickers family. Oxenbould co-starred as Dylan in the 2014 film Paper Planes along with Sam Worthington, which premiered at the Toronto International Film Festival. On June 24, 2013, Oxenbould was added to the cast of Disney's film Alexander and the Terrible, Horrible, No Good, Very Bad Day, in which he played title role of Alexander, along with Steve Carell, Jennifer Garner, Kerris Dorsey, and Dylan Minnette.

Ed Oxenbould has been active for 7 years, participating in 6 movies that average a 6.8/10 score.

Alexander and the Terrible, Horrible, No Good, Very Bad Day