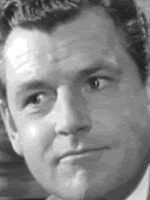 The actor Kenneth More knew his limitations and what roles suited him, which made it got to be one of the most famous stars of British theater in the 50s. Kenneth began his career on the London stage and continue making his way up until he succeded in robbing the role of pilot Douglas Bader from Richard Burton in 'Reach for the Sky'. It is also known for roles in films like 'Genoveva', 'A doctor in the family', 'A Night to Remember', 'Some People', 'Man in the Moon', 'Journey to the Center of the Earth', '39 steps ', ' India in flames ','Man on the Run', 'The Longest Day' or 'Last Katanga train'.

Kenneth More has been active for 42 years, participating in 1 movies that average a 6.0/10 score.

The Spaceman and King Arthur