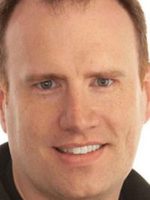 Kevin Feige is an american film producer and the president of Marvel Studios born June 2nd 1973 in Boston, Massachusetts. He began his career as producer Lauren Shuler Donner's assistant in Bryan Singer's first 'X-Men' movie due to his knowledge about Marvel's Universe. He has worked as a producer in over 50 projects, including Marvel's TV- Series. He became president of Marvel Studios back in 2007 until 2018 when his contract will rescinds.

Kevin Feige has been active for 22 years, participating in 45 movies that average a 7.2/10 score.

Guardians of the Galaxy Vol. 3