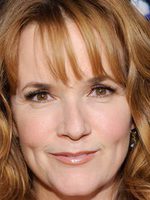 Lea Katherine Thompson, known as Lea Thompson is an american actress, director and television producer born May 31, 1961 in Rochester, Minessota. She's best known as Lorraine Baines, mother of Michael J. Fox's character Marty McFly in Robert Zemeckis' trilogy 'Back to the Future'. Since then, she has worked in slightly famous tv series. Nowadays she's one of the main characters in ABC's 'Switched at Birth' since its beggining, she has directed three episodes. She has also worked as a supporting character in Clint Eastwood's 'J. Edgar' and recently she starred in 'Left Behind' alongside Nicholas Cage

Sierra Burgess Is a Loser