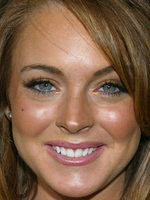 Lindsay Dee Lohan was born on July 2, 1986 in New York, United States. She grew up in Long Island, was gradually making her way into the film industry doing various advertisements and participating in the 'Another World' series. In 1998 would make her first starring role on the big screen with 'The Parent Trap', which won her the Young Artist Award. Thus, she got a contract with Disney, performing different TV -Movies and films seal the study. In 2004 gets the role that launched to fame with 'Mean Girls', which won the award for best actress at the MTV Movie Awards 2005. After her great success, she has participated in a variety of programs such as Saturday Night Live , World Music Awards, among others. After some personal problems, the actress has done different projects throughout her life of different kinds. In 2014 she debuted at the theater in London, current residence of the actress.

Lindsay Lohan has been active for 24 years, participating in 19 movies that average a 6.0/10 score.