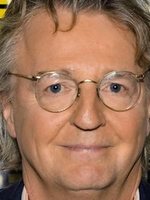 Michael Hirst is a British screenwriter and producer known for writing the script for several films like 'Elizabeth' and its sequel 'Elizabeth: The Golden Age' both starred Cate Blanchett as the queen. Hirst has also written various tv series like 'The Tudors' and 'Vikings', wich made he won multiple Emmys. On December of 2017, the screenwriter turned into a producer, as he funded his own production company, Green Pavilion Entertainment.