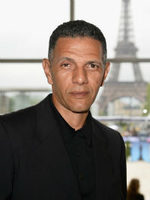 Roschdy Zem born in France, is a veteran actor who has already participated in numerous films of different types: drama, action, comedy ... Moroccan descent has received several awards that demonstrate their acting. He went on to receive Best Actor at the Cannes Film Festival (2006) Award for his enigmatic role in 'Days of Glory'. He has participated in films like 'Indigenal', 'Black Point', 'Happy Few' or 'Collision'. Recently stars in one of the most anticipated films of the year French 'Price of fame' where he plays a father desperate by the crisis and lack of money.

Roschdy Zem has been active for 8 years, participating in 6 movies that average a 7.2/10 score.

The Girl with a Bracelet

The Price of Success