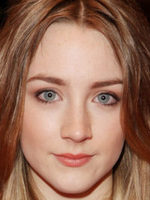 Born in the New York neighborhood of the Bronx, Saoirse Ronan is the daughter of Irish actor Paul Ronan and Monica Ronan, who also acted as a child. This Irish actress grew up between film set while his father worked in films like 'The Devil's Own' or 'Veronica Guerin'. Though she was born in New York, Ronan raised in County Carlow, Ireland, from the three years she moved with her parents to Dublin. Her acting debut was in 2003 with 'The Clinic' series. In 2007, with 12 years old, she participated in the movie 'Atonement' starring with Keira Knightley and James McAvoy and directed by Joe Wright. For her performance in this romantic drama was nominated for an Oscar for Best Supporting Actress, becoming one of the ten most young actresses in history to be nominated. Among her most notable works are 'The Way Back', 'Hanna', 'The Lovely Bones', 'The Secret World of Arrietty', 'The Grand Budapest Hotel', 'The Host', 'How I Live Now' or 'Lost River'. For her performance in 'Brooklyn' actress regains an important recognition.

Saoirse Ronan has been active for 15 years, participating in 26 movies that average a 6.8/10 score. 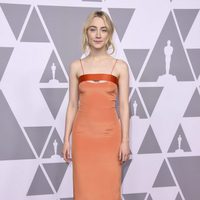 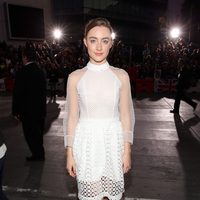 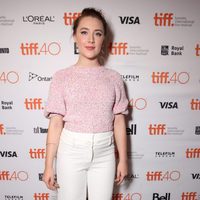 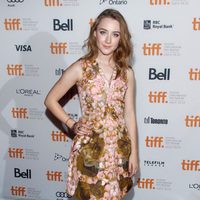 Although she was born in New York, Saoirse Ronan is considered Irish because she grew up in this country. Her father is the Irish actor Paul Ronan. She was candidated to play Luna Lovegood in the 'Harry Potter' saga.