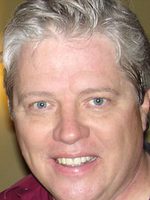 Thomas Francis Wilson, known as Tom Wilson is an american film and television actor and a painter born April 19 1959 in Philadelphia, Pennsylvania. He began acting in 1984 but it was in 1985 when He got his most remarkable cinematographic work in Robert Zemeckis' trylogy 'Back to the Future' as Biff Tannen. Since then he has focused his acting work as supporting rolls on tv series such as 'Freaks & Geeks', 'Ghost Whisperer' and 'Big Love'. He's also a voice actor and He has participated in world-famous animated show 'Sponge Bob Square Pants' over the years in supporting roles and Blue Skies' animation movie 'Epic'

Thomas F. Wilson has been active for 37 years, participating in 3 movies that average a 7.9/10 score.

Back to the Future. Part III

Back to the Future. Part II

Back to the Future