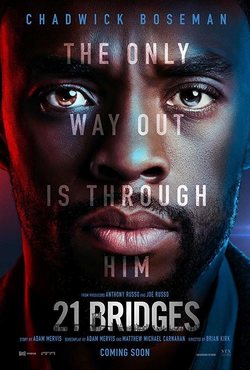 '21 Bridges' follows New York police detective, Andre Davis (Chadwick Boseman, 'Black Panther', 'Message from the King'), a successful but ruthless cop who has been under investigation from Internal Affairs for shooting seven suspects over his years in the field, earning him a reputation as trigger-happy. Andre is haunted by the death of his policeman father on the job years earlier and struggles to be an emotionally present son to his mother, who is in a care facility with dementia. Davis and his colleague, narcotics detective and single mother, Frankie Burns (Sienna Miller, 'The Loudest Voice', 'American Woman'), uncover a plan for a large stash of cocaine to be sold across the city over the span of a few hours. When eight policemen are killed trying to prevent the collection of three hundred kilos of the drug, Andre convinces the NYPD Captain (J.K. Simmons, 'Whiplash', 'Juno') that if they shut down all of Manhattan's 21 bridges, they can block out routes of escape and catch the dealers involved in the drug ring. Their assignment becomes a race against a clock as they fight to isolate the iconic neighbourhood and bust the drug ring before more lives are lost. '21 Bridges' is directed by Brian Kirk ('Game of Thrones', 'Luther', 'Penny Dreadful', 'Great Expectations'). Hide full plot... Show full plot 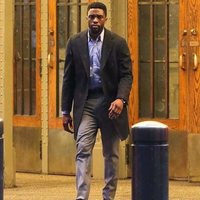 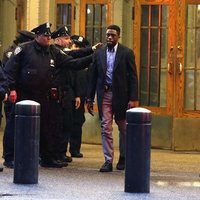 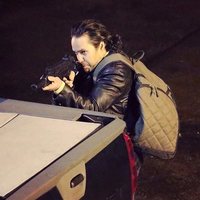 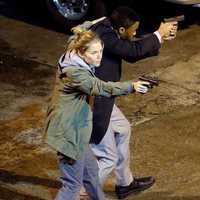