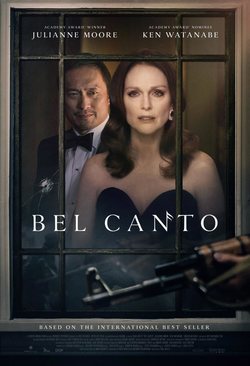 Based on the real events in Peru, 'Bel Canto' tells the story of a soprano singer who arrives in the country of South America, which is under a military dictatorship, with the aim of singing on the birthday of a rich Japanese . Upon arriving at the child's home, a group of guerrillas enters the home to kidnap those present demanding the release of their fellow prisoners. Paul Weitz ('About a Boy', 'American Pie') leaves the comedy to direct and write this feature film based on Ann Patchett's novel of the same name published in 2001. 'Bel Canto' has a star cast headed by Demián Bichir ('Highlander', 'Ghost Rider: Spirit of Vengeance'), Julianne Moore ('The Big Lebowski', 'Still Alice') and Ken Watanabe ('Inception'). 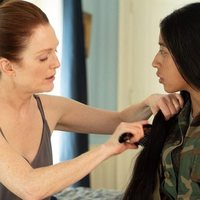 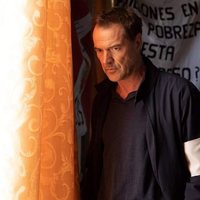 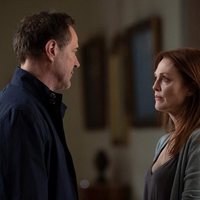 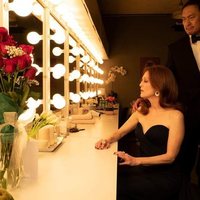 ?
Write your own 'Bel Canto' review.

Demián Bichir was initially selected to give life to Commander Benjamin, but was replaced by Tenoch Huerta. Ken Watanabe and Ryô Kase starred together 'Letters from Iwo Jima'. Elsa Zylberstein and Christopher Lambert also played a married couple in Claude Lelouch's 'Un + Une'. In that film, they were also cast as a French diplomat and his wife.