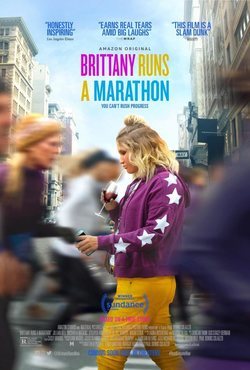 Twentysomething New Yorker Brittany (Jillian Bell, '22 Jump Street', 'Rough Night') moved to the city to pursue a career in the arts, but a series of dead ends has led her to a life of partying, binge-drinking and showing up late for her job as an usher at a small off-Broadway theatre. When Brittany goes to the doctor (Patch Darragh, 'Succession', 'The Loudest Voice') looking to score some Adderall, she is shocked to find out that she has high blood pressure, an unhealthy liver and a body mass index that places her in the morbidly obese category. With a new weight-loss goal in mind, Brittany befriends her seemingly uptight neighbour and regular jogger, Catherine (Erica Hernandez, 'Elementary', 'The Unbreakable Kimmy Schmidt'), who invites Brittany to her local running club, where Brittany is encouraged in her goal by fellow former slacker, Seth (Micah Stock, 'Bonding', 'Escape at Dannemora'). The unlikely trio agree to complete the New York Marathon but, as the deadline draws nearer and Brittany finds the weight falling off but her insecurities sticking around, she is forced to realise that truly reforming her life goes deeper than losing a few pounds. 'Brittany Runs a Marathon' is based on a true story and is written and directed by Paul Downs Colaizzo ('LFE, MacGyver'). Hide full plot... Show full plot 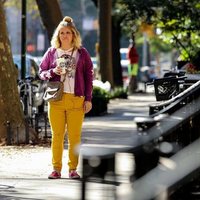 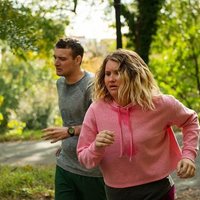 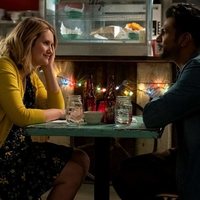 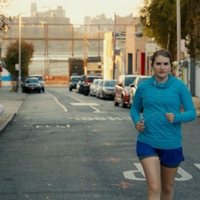 ?
Write your own 'Brittany Runs a Marathon' review.

"Brittany Runs A Marathon" is inspired by the true story of Writer and Director Paul Downs Colaizzo's real-life friend and former roommate (also named Brittany) who began a similar journey toward better health in her late 20s. Jillian Bell lost 40 pounds during the filming of the movie, just like her character does during the course of the film. The cast and crew actually got to film at the New York City Marathon, making this the first time a non-documentary film crew has been allowed to shoot there.