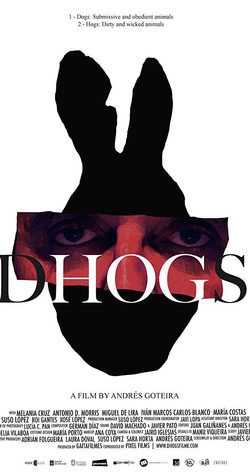 Dogs: submissive and obedient animals. Hogs: dirty and wicked animals. 'Dhogs' is the opera prima of Galician filmmaker Andrés Goteira, and joins the fates of different characters in a controverted story. Crimes don't stop happening in a city which is unable to react, passive, that doesn't get angry at anything. Alex has an adventure with a businessman that chance will end up turning into a spiral of violence that doesn't appear to make any sense. 'Dhogs' is a stifling and claustrophobic independent thriller that walks and destroys the limit between reality and fiction. Goteira's debut is the first movie entirely filmed in Galician that is part of the oficial section of the Sitges Film Festival. 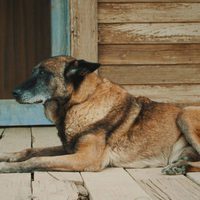 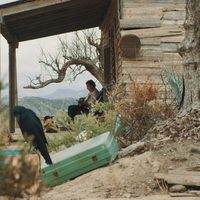 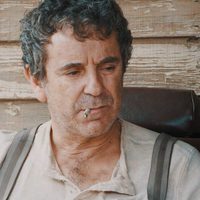 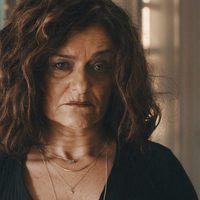 ?
Write your own 'Dhogs' review.

Dhogs premiered at the 2017 Cinema Festival of Buenos Aires BAFICI, and that same year it also participated in the London FrightFest. It was part of the Sitges Fantastic Cinema Festival and it was the first film in Galician to be in the official section in all the history of the festival. This is an independent film, so producers had to deal with difficulties to get the budget. They set a campaign of crowdfunding which exceeded their expectations: they searched for 7.000 ? and got more than 12.000. This is the first feature of Andrés Goteira, after a few shorts.