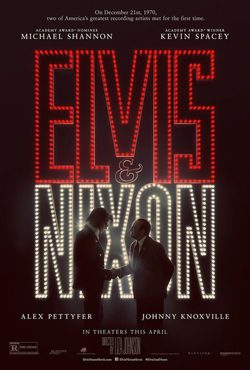 Directed by Liza Johnson and starring Kevin Spacey, Michael Shannon, Alex Pettyfer and Colin Hanks. On the morning of December 21, 1970 The King of Rock 'n Roll, Elvis Presley appeared at the White House with a letter to Richard Nixon, one of the most important men in the world, who shared political obsessions. Three hours later the two men had a meeting, immortalized by an official photographer, but the meeting was not revealed until the Washington Post uncovered a year later. Michael Shannon ('Man of Steel'), Kevin Spacey ('Se7en', 'House of Cards') star as Elvis Presley and Richard Nixon, respectively. Alex Pettyfer will play Jerry Schilling who was one of the best friends of the singer despite the age difference. 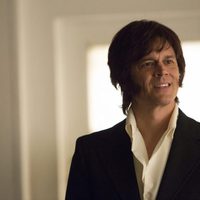 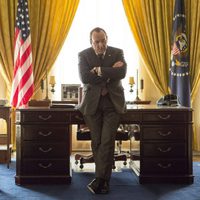 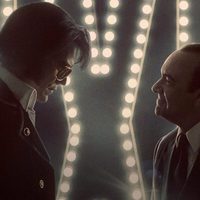 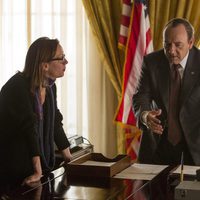 ?
Write your own 'Elvis & Nixon' review.

Based on a true story where Elvis met President Nixon in December of 1970, where the president appointed Presley as an honorary DEA agent. Eric Bana was originally cast as Elvis Presley but he dropped out. Kevin Spacey (Richard Nixon) and Michael Shannon (Elvis Presley) have both played villains in "Superman" films: Spacey played Lex Luthor in Superman Returns (El regreso) (2006) while Shannon played General Zod in El hombre de acero (2013).