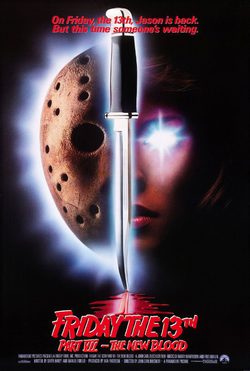 Six years have passed since the events on 'Friday 13 Part 6' and the calm seems to have returned to Crystal Lake. Until Tina Shepard comes to the place with her mother and her psychotherapist. She is a quiet, educated and solitary girl, but she also has a very peculiar quality: she moves objects with the power of her mind. These powers led to the accidental death of her father as a child and her depression. Trying to do something good, he uses this power again to try to revive his father, whose body was lost in the lake where Jason is sunk. Without realizing it, he resurrects Jason Voorhees, who emerges from the waters, ready to shed blood again, this time, against rich boys who arrived at the camp. And only she can stop it by means of its strange power: telekinesis. This creates a fight between Tina and Jason in which in the end she uses her power to revive her father and to take Jason by the neck with a chain and submerge him to the bottom of Lake Crystal Lake. 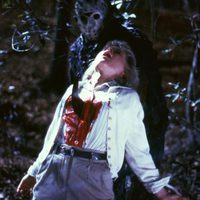 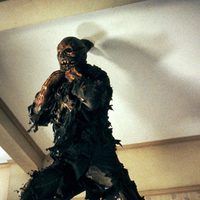 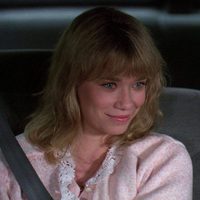 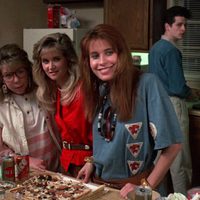 ?
Write your own 'Friday the 13th Part VII: The New Blood' review.

During filming, the dressing room for Kane Hodder was a quarter of a mile down a dirt road. One night filming ended at at 2 a.m. and he was still in the Jason costume, and he decided to walk through the woods on a path to his dressing room. As he was walking someone approached him and asked if he was with the movie. He didn't reply, because he thought it was a pretty stupid question to ask, as he was standing there in full Jason costume. The man asked again, Kane took a little lunge for the guy and grunted. The guy took off, tripping and running. The next day director John Carl Buechler told Kane that the local sheriff was supposed to stop by, but he never showed. This film was originally intended to bring Jason Voorhees and Freddy Krueger together onscreen for the first time. But when Paramount Pictures (at that time was holding the rights to the "Friday the 13th" film series) and New Line Cinema (who holds the rights to the "Nightmare On Elm Street" series) couldn't agree behind the scenes, the script was rewritten to pit Jason up against the telekinetic Tina Shepard instead. Kerry Noonan, who played Paula in 'Friday the 13th Part VII: The New Blood' (1986), read for the role of Tina, when she thought the title was "Birthday Bash." She quickly realized that it was a Friday the 13th film and confessed that she'd starred in the last movie, so John Carl Buechler decided not to cast her.