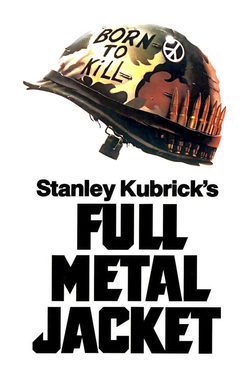 In 1967, during the Vietnam War, a group of new recruits arrive at Parris Island for basic combat training. After being shorn, assist with Gunnery Sergeant Hartman, employing draconian tactics to convert the young conscripts of the Marines in hardened and ready for combat soldiers. But his harsh methods do not all young people can stand it. Especially Clumsy, who has earned the nickname for his clumsiness, which make everyone pay every time he does something wrong. What will the rest of the platoon hates him. anti-war film by Stanley Kubrick, who had already made 'Paths of Glory'. 'Full Metal Jacket' is one of the most beloved films of all time war.