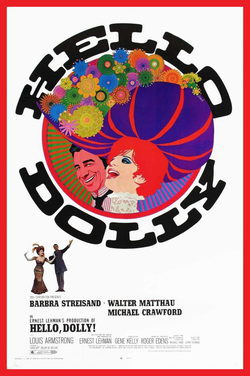 Film adaptation of the homonym Broadway musical starred by a middle-aged matchmaker named Dolly Levi (Barbra Streisand), who takes a trip to Yonkers, New York, to meet a known businessman in the city, Horace Vandergelder (Walter Matthau). her new goal will be to find a woman to marry him to, so she decides to take him and two employees of him to New York City. There, both clerks fall in love thanks to Dolly, but Horace is a bit more complicated to trick. Directed by the legendary Gene Kelly, this film won three Academy Awards.

?
Write your own 'Hello, Dolly!' review.