Across four years between 2011 and 2015, British athlete, adventurer and international motivational speaker Sarah Outen crafted an emotional and profound documentary about her journey around the world. Sarah travelled 20,000 miles on bike, on foot and by rowing boat following her graduation from Oxford, becoming the first woman and the youngest person to row alone across the Indian Ocean. Upon graduating, despite her accomplishments, Sarah felt lost and directionless whilst she grieved the untimely death of father, and so she developed a theory that if she could travel in a straight line around the world, all would become clear to her. The resultant adventure, dubbed 'London2London: Via The World' saw thousands of people following Sarah across the globe as she fought to embrace life to the fullest, sharing with her audience the ups and downs that she faced along the way, including her difficult experiences with emotional trauma and PTSD. 'Home' follows Sarah over the four-year journey that pushes her to her physical and mental limits, bringing her new friends (including biking mate Gao yup Guang) and new loves (including her now-wife, Lucy Outen-Allen), examining how such an epic outward experience can bring some much-needed inner change. 'Home' is directed and edited by Jen Randall, whose other works include 'Reel Rock' and 'Psycho Vertical'. Hide full plot... Show full plot 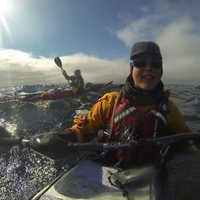 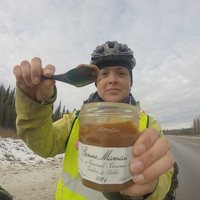 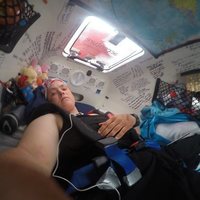 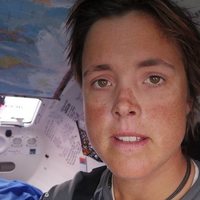 ?
Write your own 'Home' review.