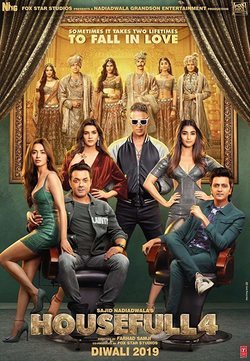 The story follows the same protagonists at the same time in two very distant timelines: 1419 and 2019. In this first era, three men who are dating three other women face a malevolent conspiracy that leads them to reincarnate six hundred years later in a completely different time, where each of them will fall in love with the woman of the other by mistake. Although they live in London, their destinies will lead them to meet again in their city of Sitamgarh, where it all began. The protagonists will have to agree among themselves in order to solve the complex entanglement in which they are mired. With the wedding celebrations a few days away, the three characters will be forced to remember their past so as not to get trapped in the wrong marriage forever, losing any opportunity to regain true love with the women that they truly have to love. This film is the fourth installment of the acclaimed Indian saga that started in 2010 with the name 'Housefull'. By maintaining the same tone of comedy and the conjugation of several relationships of couples at the same time, this fourth movie ventures for the first time in the field of action and fantasy. Actually, according to the study itself, this film is just an "epic reincarnation comedy". Hide full plot... Show full plot 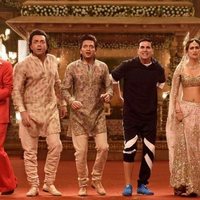 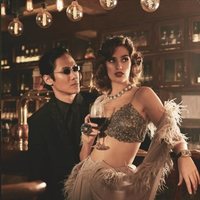 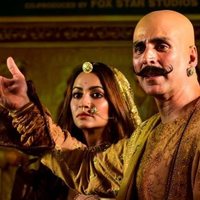 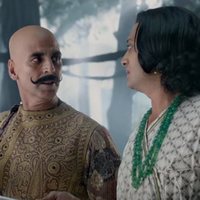 ?
Write your own 'Housefull 4' review.

The first installment in the 'Housefull' saga with action and fantasy, and the only one where Boman Irani is not on board. The director from the previous films, Sajid Khan, lef this forth installment as director due to sexual harrassment allegations on him. In the end, he is just attached as screenwriter.