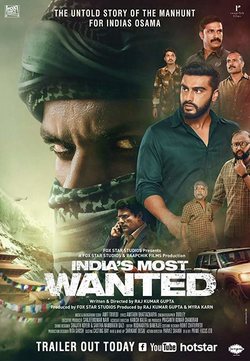 'India's Most Wanted' is a Hindi-language action-thriller film based on the 2013 capture of Yasin Bhatkal, the founder of the terrorist organisation, Indian Mujahideen (IM) often referred to as India's Osama Bin Laden, by an unlikely group of IB (Intelligence Bureau) officers after years of evading arrest. After a series of brutal bomb attacks in Pune that are poised to be replicated across India, dedicated intelligence officer Prabhat Kapoor (Arjun Kapoor, 'No One Killed Jessica') gets a tip off that could lead to Bhatkal's arrest. Despite the beliefs of head office that Bhatkal is residing in Pakistan or Dubai, his informant says the criminal mastermind is actually based in Nepal. After some reluctance from Prabhat's boss, Rajesh Singh (Rajesh Sharma, 'Cypher'), Prabhat puts together a group of four men who seem like your standard desk-bound office workers, head out to Kathmandu, Nepal, where they have been informed that Bhatkal is hiding out despite the head office in Delhi refusing to approve the dangerous trip across the border. The five men head off anyway, determined to complete the treacherous mission. 'India's Most Wanted' is directed and written by Raj Kumar Gupta ('Raid'). Joining the cast are Sudev Nair, Prasanth and Santilal Mukherjee. 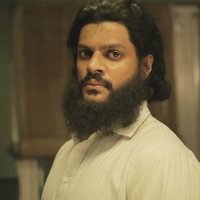 ?
Write your own 'India's Most Wanted' review.