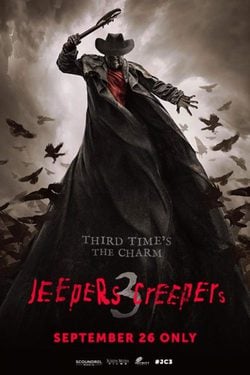 Set between the first and second film, Sgt. Davis Tubbs assembles a task force to destroy the Creeper once and for all while growing closer than ever before to learning the secrets of its dark origins, as the monster terrorizes a local farming community. The film is directed by Victor Salva and the cast is completed by Meg Foster, Gina Philips, Jonathan Breck, Stan Shaw, Joyce Giraud, Michael Papajohn and Carrie Lazar. 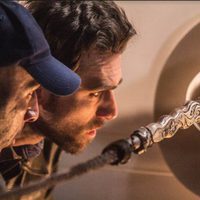 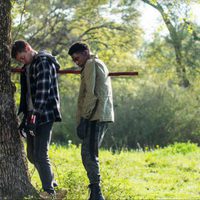 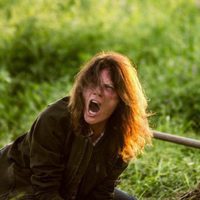 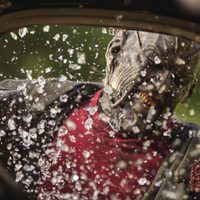 ?
Write your own 'Jeepers Creepers 3' review.

The film will explore the origins of Creeper, the demon that stalks the people. It is rumored that there will be a fourth film of 'Jeepers Creepers', which would finalize the franchise. The film's premiere at the TCL Chinese Theater in Hollywood was canceled due to protests and attempts to boycott the director for sexually abusing a child in 1988.