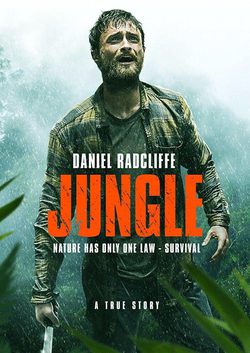 Yossi Ghinsberg, is a young adventurer who wants to disconnect from his routine life and live an extrodinarious adventure. Along with several of his friends, Yossi organizes an expedition into the Amazon jungle in search of some ancient Indian ruins, but things will not go as they expect. Yossi and his friends decide to hire Karl, a fraudulent guide that leaves them left to their luck in the middle of the Amazon. But their problems will not end there. Yossi will suffer an accident that will make him separate from the rest of his friends and have to face the dangers of the jungle alone, facing many threats and challenges, turning his adventure into an authentic psychological ordeal. Starring Daniel Radcliffe and directed by Greg McLean, 'Jungle' tells the extraordinary true story of the explorer Yossi Ghinsberg based on his own memories. Hide full plot... Show full plot

?
Write your own 'Jungle' review.

Adrian Rawlins, who played the role of Karl Ruprechter in the episode Escape From The Amazon about this event on I Shouldn't Be Alive (2005), also played James Potter in the Harry Potter series. Daniel Radcliffe, who plays Yossi Ghinsberg in this movie, played his son Harry Potter. Based on the memoir: 'Jungle: A Harrowing True Story of Survival' written by Yossi Ghinsberg. Jungle scenes were filmed at Bonogin Valley, Gold Coast, Queensland, Australia in April 2016.