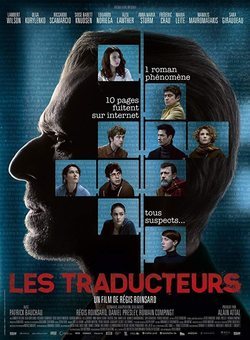 The publisher of a leading bestselling writer decides to introduce nine isolated translators into a luxurious bunker to translate the long-awaited final book of his best-selling trilogy in record time. Nine translators in nine languages ??for a simultaneous global launch. There they will be without contact with the outside world, without mobile phones or internet access. Despite all precautions, the publisher is blackmailed with the first 10 pages of the manuscript and will have to pay a large sum of money or the initial 100 pages will be posted online within 24 hours. A dream commission that turns into a nightmare, although everyone wants to know the end, who is the culprit? Régis Roinsard directs a script by Romain Compingt, Daniel Presley and the director himself. It stars Lambert Wilson, Olga Kurylenko, Riccardo Scamarcio, Sidse Babett Knudsen, Eduardo Noriega, Alex Lawther, Anna Maria Sturm, Maria Leite, Manolis Mavromatakis, Sara Giraudeau, Patrick Bauchau, Miglen Mirtchev and Frédéric Chau. It is a co-production between France and Belgium, but during the film it is spoken in English, Italian, Portuguese, Danish, Russian, French, Greek, Mandarin and also Spanish. Jun Miyake music. Produced by Xavier Amblard, Alain Attal and Philippe Logie. 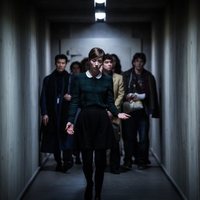 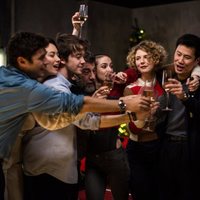 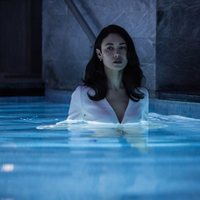 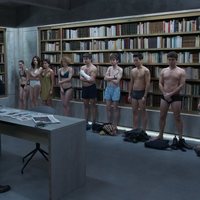 ?
Write your own 'Les traducteurs' review.