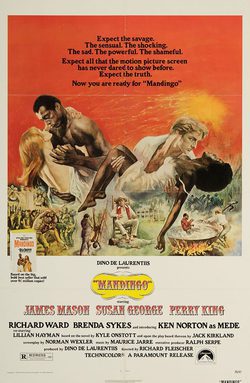 The movie sets his action in the United States of America in the middle of the 19th century. Hammond Maxwell, the son of the wealthy man Warren Maxwell, is a young man who spends the big part of his time bedding his family's slaves. Hammond decides to marry Blanche, a white woman, in order to make his father happy. Soon, Blanche becomes tired of his husband spending more time with his slaves than with her and she begin to feel attracted by Mede, his husband's new slave, trained to fight against other slaves.

?
Write your own 'Mandingo' review.