Planet of the vampires 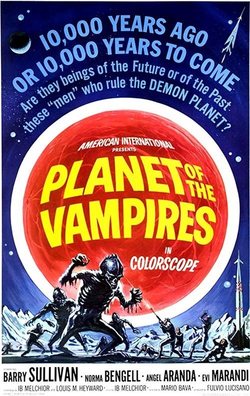 An astronauts squad are sent to explore an unknown planet after they heard a radio transmission. This planet, called Aura, hides many shocking secrets, but when astronauts arrive there, they discover that a powerful force invade and control them. They left the possession over their own bodies and begin to act against their own will. However, the captain Mark Markary is able to escape from the control of these evil creatures and will try to terminate their wicked plans. Italian dystopia which, it is said, provided a source of inspiration to Ridley Scott in one of the greatest film about aliens, 'Alien'. Directed by Mario Bava, 'Planet of the vampires' is typified by an international cast formed by americans actors such as Barry Sullivan (who plays Cap. Makary), italians, brazilians and spanish actors, but also by its magnificent cinematography by Antonio Pérez Olea and Antonio Rinaldi. Hide full plot... Show full plot 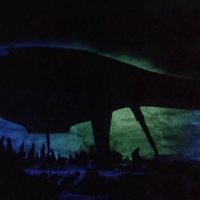 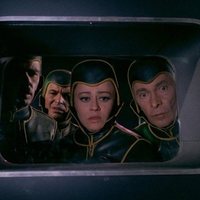 Reviews Planet of the vampires

?
Write your own 'Planet of the vampires' review.