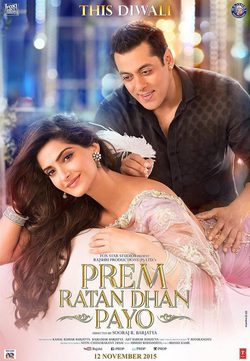 The classic novel of Mark Twain's 'The Prince and the Pauper' becomes in Bollywood great production. Controversial Indian actor Salman Khan plays Prem, a beloved king by his citizens but he dreams a life without pressure. A day he meet to another man who is identical to him, this man is poor. Then, Prem has a crazy idea: Change their roles for meeting a different and anonymous life without royal responsabilities. But Prem's evil brother really wants his power and he will do many things for overthrow Prem from his throne and to be a tyrannical monarch. Most famous actress from India, Sonam Kappor, is female main role in this romantic-drama film. This movie is seventh production directed by Sooraj Barjatya.