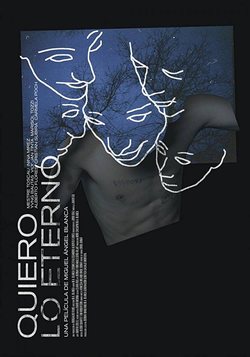 The last film written and directed by Miguel Ángel Blanca, 'Quiero lo eterno', is framed within the dramatic and science fiction genre, and has participated during 2017 both in the D'A Film Festival in Barcelona and in the Gijón International Film Festival. Mestre Toscau, Nina Mirez, Jan Tinta, Marisol Tozzi are the performers in charge of giving life to a group of marginal adolescents who, in an uninhabited world, walk through the abandoned cities destroying everything in their path and trying to find themselves. In addition, during the trailer we witness how this band murders a person setting them of fire after spraying them with gasoline, and how this event arouses the remorse of one of them.