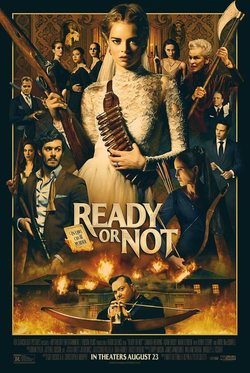 Grace (Samara Weaving, 'Three Billboards Outside Ebbing, Missouri') has put up with a lot from the the family of her future husband, Alex Le Domas (Mark O'Brien, 'Arrival'). She is hit on by the alcoholic Daniel (Adam Brody, 'Jennifer's Body'), snubbed for her status by his father, Tony (Henry Czerny, 'Mission: Impossible') and even his mother, Becky (Andie MacDowell, 'Four Weddings and a Funeral'), barely attempts civility when she tells Grace that who Alex marries is his choice. When they gather at the manor of this strange and wealthy family for Grace and Alex's wedding, Grace is pleased when Alex's Aunt Helene (Nicky Guadagni, 'The Handmaid's Tale') says the only thing left to be done before Grace is accepted into the Le Domas dominion is to play a game, with Grace selecting 'Hide and Seek' from the options offered to her. It's not until Grace sees the family arming themselves with deadly weapons in their preparation to seek her out that she realises that this is a game of hide and seek like no other she's played before. It's not only her in-law's approval that she's fighting for now: it's her life. 'Ready or Not' is directed by Matt Bettinelli-Olpin ('V/H/S') and Tyler Gillett ('Books'), and is written by Guy Busick ('Watch Over Me') and Ryan Murphy ('The Politician'). Hide full plot... Show full plot

Cast Ready or Not

'Ready or Not': Dress for Success

'Ready or Not' Official Trailer 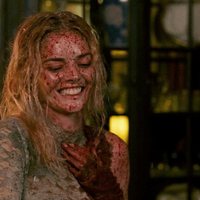 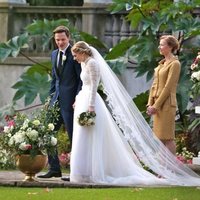 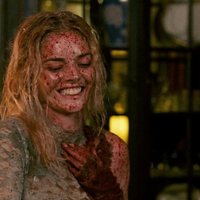 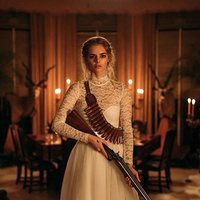 Reviews Ready or Not

?
Write your own 'Ready or Not' review.

Trivia Ready or Not

The film features Ryan Murphy as a screenwriter, responsible for series such as 'American Horror Story'. Samara Weaving, the film's protagonist, had already starred in 2017 in another horror thriller, 'The Babysitter', Netflix's original production. The one in charge of putting the music to the film is Brian Tyler, who has collaborated on superproductions such as 'Avengers: The Age of Ultron', 'Iron Man 3' or 'Fast & Furious: Even Faster'.