Single mother Shari (Ella Balinska, 'Charlie's Angels', 'The Athena', 'Casualty') is a shy and hard-working woman who is encouraged by her co-workers to start dating again. Her boss sets her up on a blind date with Ethan (Pilou Asbæk, 'Game of Thrones', 'Overlord', 'A Hijacking'), a charming and charismatic man who seems even better in person than he does in his photo. Over the date however, Ethan's more sinister nature begins to show and Shari must find a way to escape from this blind date turned aggressive pursuit. Shari must flee through L.A. on foot, surviving on mere determination as she attempts to evade the increasingly violent Ethan. 'Run Sweetheart Run' is a horror film with a feminist twist written and directed by Shana Feste ('Endless Love', 'Boundaries', 'The Greatest'). Joining the cast are Jess Gabor ('Shameless', 'Confessional'), Shohreh Aghdashloo ('The Expanse', 'Impulse', 'Star Trek: Beyond'), Betsy Brandt ('Breaking Bad', 'The Unicorn', 'Parenthood'), Clark Gregg ('The Avengers', 'The New Adventures of Old Christine', 'Spinning Man'), Aml Ameen ('The Maze Runner', 'Sense8', 'Inside Man: Most Wanted') and Brandon Keener ('PEN15', 'The Riot Act', 'Suits'). 'Run Sweetheart Run' is currently set for an April 2020 release. 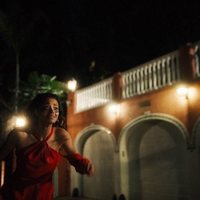 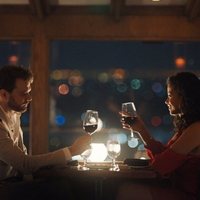