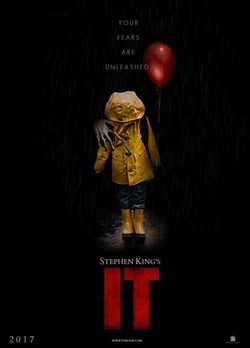 1980's. In the town of Derry, in Maine, local kids are disappearing one by one, leaving behind torn body remains. In a place known as 'The Barrens', a group of seven kids are united by their horrifying and strange encounters with a supernatural entity disguised as a clown called Pennywise...IT.Bill Denborough has a personal vendetta with the clown. 27 years after their last encounter with Pennywise, the 'Losers Club' has regrouped from their successful lives and businesses because IT has returned and kids are disappearing again. The only problem is that they have all forgotten what happened that summer. It's up to the 'Losers Club' to regain their memories, to find the key to destroy Pennywise once for all, and to stay alive long enough to end his tyranny. A new adaptation of the famous Stephen King novel about a clown-like monster that frightens two different generations. Hide full plot... Show full plot

'It': Never trust a clown - Clownnapping with BK

'It' cast in Good Morning America 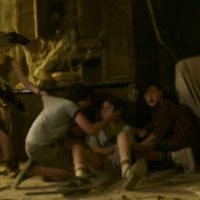 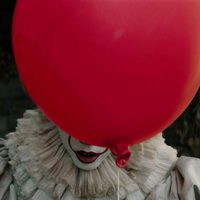 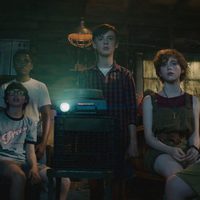 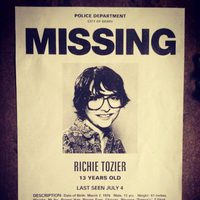 The main setting of the story is the fictional town of Derry, Maine. Derry has appeared or has been mentioned in many other Stephen King's works and film adaptations. The town is based on the real city of Bangor, Maine, where King and his family live. This movie is set to be released 27 years after the original television release. In the book, it is mentioned that "It" returns to Derry every 27 years. Will Poulter was the first choice cast actor for playing Pennywise/It but due to schedule problems Bill Skarsgard replaced him.