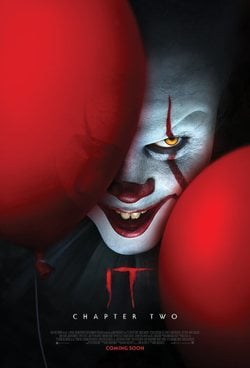 27 years after the crew of kids escaped the clutches of the demonic clown Pennywise in 1989, they all find their way back to the town of Derry, Maine. Despite having taken different paths following that fateful summer, they must all band together to take on Pennywise and end his reign of terror for good. When Pennywise resurfaces, it is Mike Hanlon (Isaiah Mustafa/Chosen Jacobs), the only one of the group to remain in Derry, who reaches out to the others, novelist Bill (James McAvoy/Jaeden Martell), the smothered Beverly (Jessica Chastain/Sophia Lillis), the alcoholic comic Richie (Bill Hader/Finn Wolfheard), the hypochondriac Eddie (James Ransone/Jack Dylan Grazer) and the brains of the group, Ben (Jay Ryan/Jeremy Ray Taylor). The Losers Club realise that to defeat the villainous Pennywise (Bill Skarsgård), they must travel around Derry and find totems from their childhood to use as elements in a purging ritual. But with Pennywise on their tails even two decades later, it's a race against the clock to perform the ritual before they fall into his grasp once more. 'It Chapter 2' serves as both a sequel to the 2017 hit 'It' and the cinematic adaptation of the final half of King's epic 1,200 New England set horror novel. It is directed by Andy Muschietti and is adapted for the screen by Gary Dauberman.

'It - Chapter 2' featurette: making the sequel 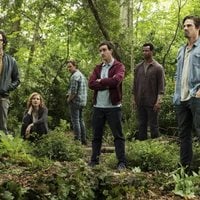 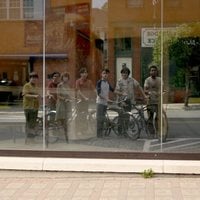 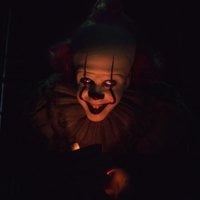 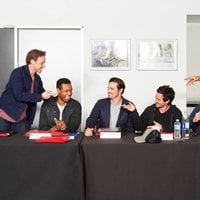 At the same time that Andy Muschietti is writting the script is also working on two other Stephen King's adaptations: 'The Jaunt' and 'Pet Sematary'. The movie adaptation of 'It' was always conceive as just one story divided in two parts. The film's teaser trailer generated 197 million views globally within 24 hours of its release.