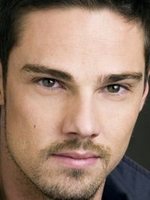 New Zealand actor known for his roles as Mark Mitcham in the series 'Top of the lake' and Vincent Keller in 'Beauty and the Beast'. Currently he is one of the protagonists of 'Mary kills people', a series that has two seasons and continues on. He has been confirmed as Ben Hanscom, one of the characters in the adaptation of 'It' to make his adult version in the sequel to premiere in 2019.

Jay Ryan has been active for 1 years, participating in 1 movies that average a 6.6/10 score.