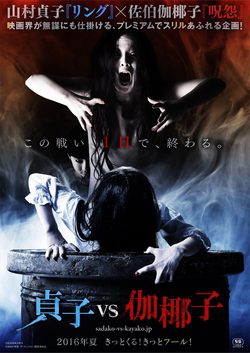 'Sadako vs. Kayako' arises as a japanese crossover in which evil creatures of the franchises 'The Ring' and 'The curse' fight in a hard battle. The movie is filmed in Japan and is directed by Kojii Shiraishi, filmmaker creator of 'The curse', 'Occult', and 'White eyes'. At the same time, it is played by the actress Mizuki Yamamoto.

'The Ring' and 'The Grudge' crossover: