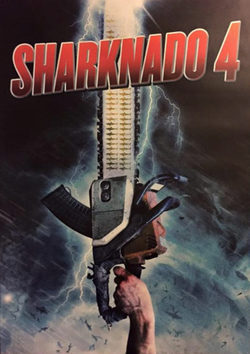 The saga of sharks storm will delight all their fans in July, 2016, when the fourth part see the light. This was was confirmed at premier of Sharknado 3??. The film, which leaves much to be desired in terms of special effects, has a charm that make the worship, and that therein lies its great success. The fourth part will be the sequel of 'Sharknado 3: Oh Hell No', that was as scene to save the flying sharks Orlando.The film Concludes with a cliffhanger Regarding whether or not April is killed by falling wreckage. An ad after the film Promotes a Twitter campaign Offering fans the chance to choose her fate With the hashtags "#AprilLives" or "#AprilDies", with the results to be revealed in Sharknado 4.

?
Write your own 'Sharknado 4: The 4th Awakens' review.