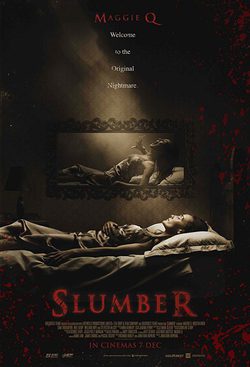 'Slumber' focuses on sleep doctor, Alice and her latest clients, the Morgans. The family have contacted Alice after realising that their son, Danny is suffering from some form of sleep paralysis whereby he sleeps with his eyes open. Alice tries to deal with the issue logically, until it is revealed that the whole family is affected in different ways. Alice suggest the family spend the night in her sleep clinic where she can monitor them in order to come to the cause of their problems. However, during the night, the father, in his sleep induced state, attacks Alice, which leads her to conclude that all of the problems lie with the abusive parent. The problems persist even after the father is arrested, leaving Alice with only one choice, to abandon all reason in exchange for the belief that something supernatural is haunting the family and stopping them from sleeping. As the doctor delves deeper into this investigation it is revealed she lost her young brother to a similar situation when she was just a child, and now she is fighting to ensure her own daughter doesn?t meet a similar end. Will the Morgans, Alice and her colleagues at the sleep institute manage to uncover what?s keeping them awake? 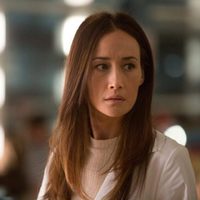 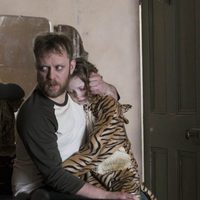 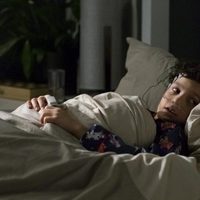 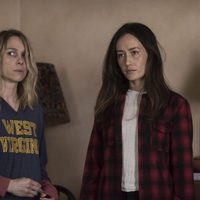 ?
Write your own 'Slumber' review.