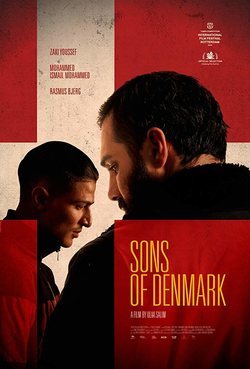 Due to a jihadist attack in Copenhagen, the extreme right will surge in a dizzying and seemingly limitless manner that will radicalize the entire country of Denmark through increasingly extreme ideologies on such turbulent issues as racism. Faced with the danger posed by this type of ideological self-righteousness, fearing for the dignity and rights of all people who do not fall within the limited space this covers, and seeing how electoral polls give an increasingly notable victory to the radical positions championed by the politician Martin Nordahl facing the impending elections, two young Danes, Zakira and Ali, will decide to act from within organizations to save the future of their country. The two explore how the tense situation that the country is going through is causing people to cast aside their own fellow citizens despite the fact that in the end there are only two voices within an increasingly dangerous system, moved like puppets by figures of authentic power. And, while they try to change things and improve the situation, the actions that force them to do will have increasing consequences. In short, 'Sons of Denmark' tries to reflect how the world is going back to positions that seemed outdated, with an increasingly strong and dangerous extreme-right that threatens the well-being of almost all the population. Hide full plot... Show full plot ?
Write your own 'Sons of Denmark' review.