Tales from the Lodge 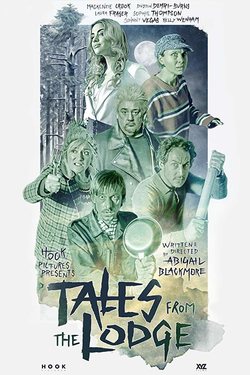 'Tales From the Lodge' is a horror-comedy hybrid that focuses on a group of forty-something friends from university that gather together in an isolated lodge on the anniversary of the death of their mutual friend, Jonesy (Adam Straughan). The six friends - Emma (Sophie Thompson, 'Gosford Park', 'Four Weddings and a Funeral'), Russell (Johnny Vegas, 'Bleak House', 'The Libertine'), Martha (Laura Fraser, 'A Knight's Tale', 'Breaking Bad'), Joe (Mackenzie Crook, 'The Office', 'Pirates of the Caribbean: Dead Man's Chest'), Paul (Dustin Demri-Burns, 'GameFace', 'Cardinal Burns') and newcomer to the group, Miki (Kelly Wenham, 'Life on Mars', 'Merlin') - meet to scatter the ashes, and they end up passing the time by telling each other horror stories that grow steadily more ridiculous and unbelievable, though each is based on an element of emotional truth stemming from their own lives. From car accidents to sexually-charged demonic possession to the zombie apocalypse, the humourous, though admittedly morbid, stories reveal the external and internal conflicts experienced by the old friends at this crossroads in their lives. 'Tales from the Lodge' is a darkly comedic British horror film written and directed by Abigail Blackmore ('Vintage Blood', 'Blind Date'). Hide full plot... Show full plot

Cast Tales from the Lodge

'Tales From the Lodge' trailer

'Tales from the Lodge' Clip #1 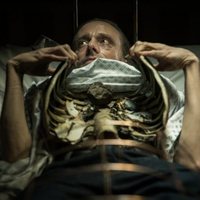 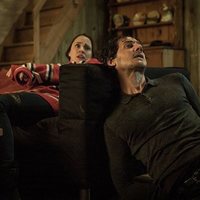 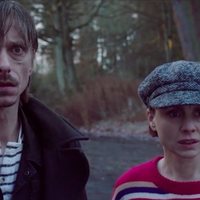 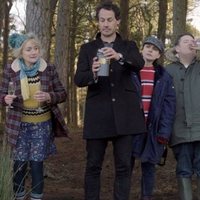 Reviews Tales from the Lodge

?
Write your own 'Tales from the Lodge' review.