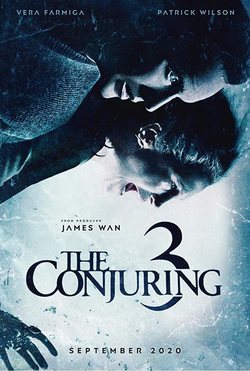 Third horror film that once again features the protagonists Vera Farmiga and Patrick Wilson as Lorraine and Ed Warren. Couple who must face a new case that is presented as one of the most horrible of their careers. The eighth installment of the entire saga (counting on the most acclaimed spin-offs) of the last decade is based on a true story of the United States in the 20th century. The movie will show how a man, Arne Cheyne Johnson, is accused of murder after, as he says, having been possessed by a total of 43 demons who induced him to commit the crime. The story will be located in 1981 and for the first time the Warren marriage will be completely involved in a judicial drama with all that that entails. Regarding the protagonists behind the cameras, this will be the first time that James Wan will not be in charge of the direction, although he has participated in the production and development of the story, whose script has been written by David Leslie Johnson-McGoldrick. In this case, the one who will sit in the director's chair is Michael Chaves, who repeats as director of a horror film on one of the slopes of the saga after passing through 'The Curse of La Llorona' in 2019. The official premiere is scheduled for September 11, 2020.

Cast The Conjuring: The Devil Made Me Do It

'The Conjuring: The Devil Made Me Do It' Trailer 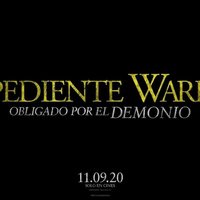 Trivia The Conjuring: The Devil Made Me Do It

The screenwriter for this film David Leslie Johnson-McGoldrick also participated in 'The Conjuring 2' 2016 script and the 2018 'The Nun' script. Both are part of the saga. It is based on the North American series 'A Haunting' specifically in a 2006 episode called 'Where Demons Dwell'. It is the first time that James Wan does not direct a 'Conjuring' movie. The director in this case, Michael Chaves, on his side has already directed one of the spin-offs, 'The Course of La Llorona'.