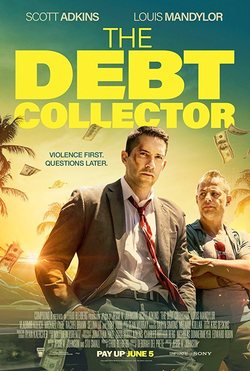 French, a classically-trained martial artist (played by the British action star Scott Adkins), needs money to pay off his debts at his Dojo. In order to pay it off his mounting debt he enlists help from his partner Alex who sets him up as a Debt Collector for the mob. Since that moment, French quickly learns this won't be the easiest way to make the cash back he thought. They land a big job to find someone and soon he finds out that no one can be trusted in this dangerous game, specially when a client drags him into a situation deeper than could ever be anticipated. Louis Mandylor, Michael Paré, Tony Todd and Vladimir Kulich are also starring in the movie, which is directed by Jesse V. Johnson. 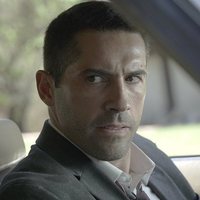 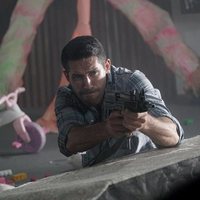 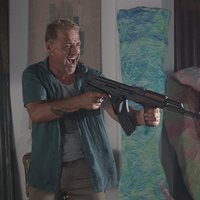 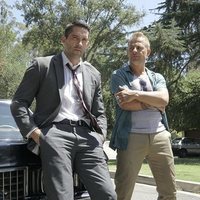 ?
Write your own 'The Debt Collector' review.

When Sue picks up the movie poster, French makes fun of him for playing a Ninja back in the day. Scott Adkins played a ninja in two previous films. Vladimir Kulich, the actor playing Tommy, also played Steiner in the movie Savage Dog with Scott Adkins. At 47:39, we see a photo hanging on the wall in Tommy's office, which is the same photo Steiner had on his desk (said to be of him and his wife) in Savage Dog.