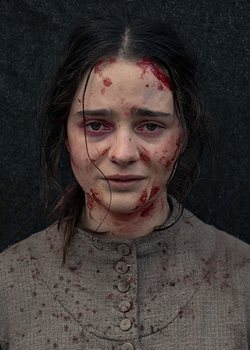 Clare (Aisling Franciosi) is a young Irish convict living in 1825 Australasia whilst the British war against the remaining Tasmanian Aboriginal people is raging as the violent colonists attempt genocide. Clare, who since her time in the colony has married and had a baby, goes to Lieutenant Hawkins (Sam Claflin) to ask for her overdue release so that her family can go to freedom. Hawkins views her request as an example of insolent disobedience, and he violently assaults and rapes her. When Clare's husband, Aidan (Michael Sheasby), confronts Hawkins and his colleagues the following night, a brutal series of events is unleashed that leaves Clare hungry for revenge. As Hawkins and remaining officials head North, Clare follows them into the wilderness, where she meets Aboriginal tracker, Billy (Baykali Ganambarr). Billy needs the money and already has a motive for revenge against the British colonisers for killing his family and brutalising his people. Though the two are initially mistrustful of each other, they bond over their mutual tragedies. Billy tells Clare that just as she is called "the nightingale" for her singing, he is called "the blackbird" and the two join forces in their desperate pursuit of justice. 'The Nightingale' is written and directed by Jennifer Kent ('The Babadook'). Hide full plot... Show full plot 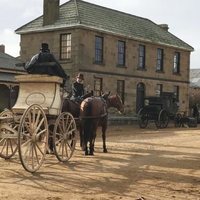 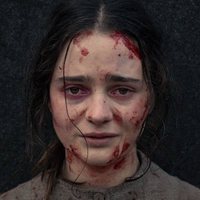 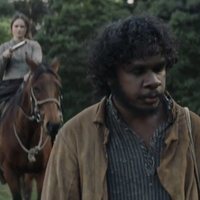 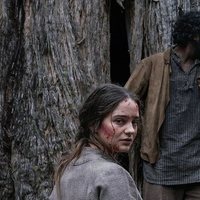 ?
Write your own 'The Nightingale' review.

Based on the successful 2015 novel 'The Nightingale' by Kristin Hannah. The picture is the first film that producer Bruna Papandrea has made in Australia in seventeen years. In terms of her first production in Australia after a long hiatus, for Papandrea, 'The Nightingale' was the perfect film because it united many aspects of where she saw her own filmmaking, and the global need to encourage female-led and female-centered stories. The movie is shot in Tasmania, Australia