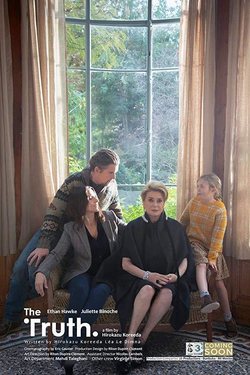 The acclaimed Japanese director Hirokazu Kore-eda, winner of the Palme d'Or in Cannes in 2018, comes back with his first feature film shot outside of Japan. 'The Truth' transports the audience to France, where Kore-eda tells the story of Fabienne (Catherine Deneuve), a French movie star who lives a comfortable life full of luxuries and affection and surrounded by all the men who idolize and love her, from as her new partner to her ex-husband to her agent ... However, despite this seemingly dream life, the reality of her family is very different. Fabienne has a very tense relationship with her daughter Lumir (Juliette Binoche), a screenwriter, who has long since moved to America to get away from her mother. Fabienne decides to publish some memoirs of her life, so Lumir returns to Paris to reunite with her family, a momentous occasion which will provoke a long-overdue confrontation between them in whichs truths will be revealed and they will talk about love, resentment and their fractured past. According to Lumir, the reality is very different from the one reflected in the memoirs of her mother and these conflicting memories cause tensions to mount in the mother-filial relationship that was already complicated long before the memoirs's publication. 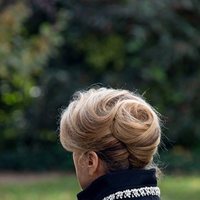 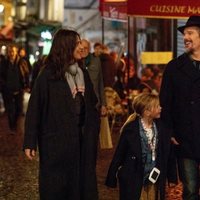 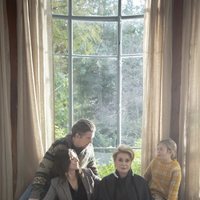 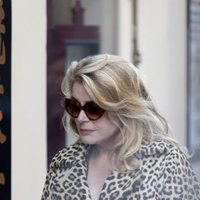 ?
Write your own 'The Truth' review.

Catherine Deneuve (75) is the mother of Juliette Binoche (55), despite the fact that there's only 20 years between one and another. 'The Truth' will open the 2019 Venice International Film festival, being the third time that Kore-eda competes for the Golden Lion. This is the first Kore-eda film shotted outside Japan.