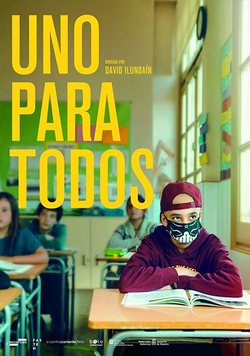 In what will be the new film by Spanish director David Ilundain ('B de Barcenas'), 'Uno para todos' will focus on the story of an interim teacher who gets a place to teach in the school of a town that he knew nothing about . ?Uno para todos? is a story inspired by a real event that the director read in the press and of which he has been a part since the producer proposed it, calling it a "beautiful chance". In addition to his role as a teacher, the protagonist must also serve as a tutor in the sixth grade of the school. When they start their classes, they will have to face a new situation: they must reintegrate into the class a student who has been ill and absent, but the rest of their classmates do not want them to join the classes again. The protagonist of the film will be David Verdaguer (Goya for best supporting actor for 'Summer 1993'), and the script will be provided by Valentina Viso and Coral Cruz. This actor repeats as a teacher after his role in ?Lo dejo cuando quierat?, the principal difference is that this time this profession will lead him to a much more usual situation than the other one mentioned before. In the rest of the cast are spanish actresses such as Clara Segura, Betsy Túrnez, Patricia López Arnaiz and Ana Labordeta. 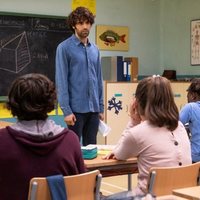 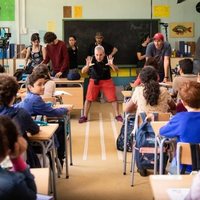