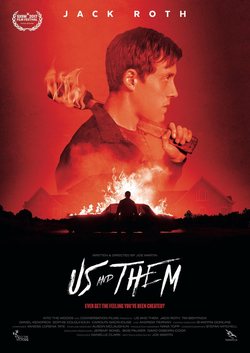 Danny is a young man from the suburbs of London. His rebellious nature has led him to be considered a social outcast. The young man is angry and frustrated with his life. Considering that the wealth of the world is badly distributed, he decides to start a revolution on his own, wanting to change the tables of his life, wanting to rub shoulders with rich people. Therefore, Danny plans to rob a billionaire. The plan is simple, he pretends to be his daughter's boyfriend and, once inside the house, completely deprives him. However, in this particular game of mortal chance, complications arise and Danny will see how his perfect plan does not go out as he had planned, causing a series of consequences whose scope, the young man could never have imagined. Directed by Joseph Martin and starring Jack Roth, Sophie Colquhoun, Tim Bentinck and Carolyn Backhouse.

Cast Us and Them

Reviews Us and Them

?
Write your own 'Us and Them' review.