"From the ashes of 'The Boarding School' a new story rises". It is with this intriguing tagline that Amazon Prime Video announced the revival of the Spanish teen drama series, known in its native Spain as 'El Internado'. The series, which is set to hit the streaming platform with another batch of episodes and a mysterious new setting, is already generating excitement amongst the most dedicated of binge watchers given that many credit it with kickstarting the career of one Ana de Armas, the actress who shot to Hollywood stardom with starring roles in films such as Rian Johnson's critically acclaimed 'Knives Out' and the 2017 science fiction hit 'Blade Runner 2049'.

Indeed, the actress may be a household name in Hollywood now thanks to her star turn as Marta Cabrera and her role in the upcoming Bond film 'No Time to Die', but she had her beginnings walking the corridors of Laguna Negra boarding school as Carolina Leal Solís. Now, however, it's time for the next generation of future stars to take the stage in the revival, which has already dropped its first teaser trailer (made in collaboration with Atresmedia Studios and The Mediapro Studio) to give us a glimpse into the intrigue, drama and betrayal that the reboot is sure to have in store.

In addition to the teaser trailer, in which fans of the original may nostalgically notice the iconic blue and grey uniform donned by the students of Laguna Negra a decade ago, Amazon Prime has also shared the first exciting details about this reboot of the highly successful Spanish series. The series will launch under the title of 'El Internado: Las Cumbres' ('The Boarding School: The Heights') and, in an interesting twist from the original, will shift the action away from the iconic halls of Laguna Negra to a monastery tucked away in the mountains. The series will revolve around a group of troublesome students that are sent away to the boarding school to be rehabilitated through "strict and severe discipline" with the goal of reintroducing them into society as reformed citizens. Much like in the original series, the forest that surrounds this isolated academy is brimming with legend and danger beyond what the students can even begin to imagine.

Bringing terror to the teen drama 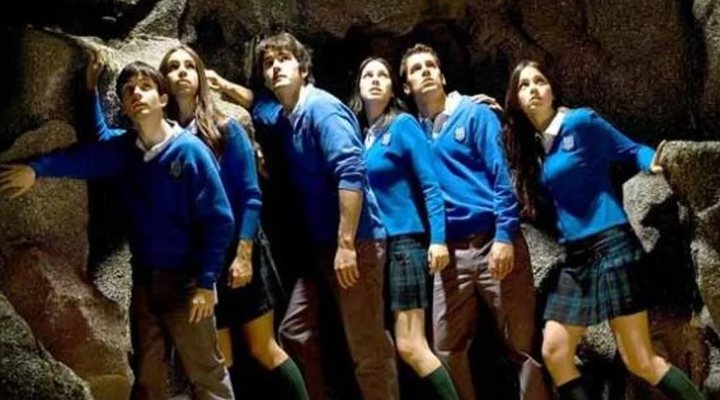 The series is set to commence shooting in Northern Spain in the first third of this year. 'El Internado: Las Cumbres' will be comprised of eight episodes that will air exclusively on Amazon Prime Video, where you can already find the original series to immerse yourself in this world of legend and lies before this reboot hits screens. As of yet, it is unknown as to whether any of the characters from 'The Boarding School' will return in this new version, though we would certainly love it if Ana de Armas were to return to the screen a decade later to pay tribute to the series that launched her into the limelight. Though no details have been released about a potential cameo, Amazon Prime Video has promised viewers "troubling atmospheres, mystery, thrills, and an even bigger helping of horror".

'El Internado: Las Cumbres' will return with the creator of the original series, Laura Belloso, as executive producer, alongside Laura Fernández Esposo and Javier Pons from The Mediapro Studio and Ignacio Corrales and Sonia Martínez from Atresmedia Studios. The screenwriting team will be formed by Asier Anduenza, Sara Belloso and Abraham Sastre, the same trio responsible for penning the original drama.