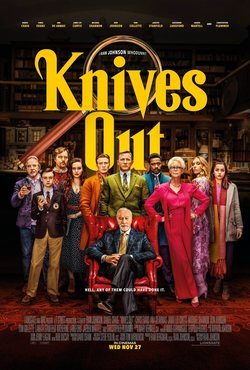 In this mystery thriller, Harlan Thrombey (Christopher Plummer) is an acclaimed writer of mystery novels who appears dead in his mansion right after his 85th birthday. His death is assumed to be a suicide, but the suspicious circumstances of the event open up several unanswered questions. Detective Benoit Blanc (Daniel Craig) arrives on the scene to uncover who is behind the murder, using his investigatory expertise to sidestep the sequence of misleading clues and cunning lies set out for him by the mysterious and elusive culprit. There to confront him every step of the way is Harlan's strange and combative family, who appear more inclined to launch daggers at each other than they do to grieve. By reworking traditional narrative frameworks of crime and mystery stories, 'Knives Out' promises an intricate story that will keep the audience trying to piece together the puzzle until the very end. At the helm of 'Knives Out' is the acclaimed screenwriter and director Rian Johnson ('Star Wars: The Last Jedi', 'Looper'), who uses this film as a means of paying tribute to the novels of Agatha Christie on the big screen. Forming the cast are stars such as Chris Evans, Daniel Craig, Michael Shannon, Ana de Armas, Keith Stanfield, Don Johnson, Jamie Lee Curtis and Toni Collette. 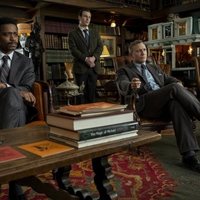 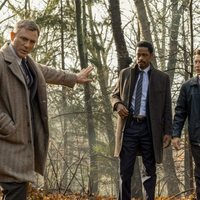 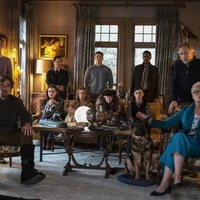 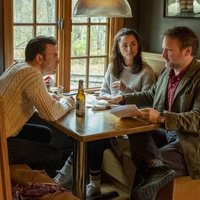 ?
Write your own 'Knives Out' review.

Daniel Craig and Ana de Armas both starred in films from Harrison Ford. Craig participated in 'Cowboys & Aliens' and de Armas in 'Blade Runner 2049' The name Harlan Thrombey, from Christopher Plummer's character, is similar and possibly an homage to the book 'Who Killed Harlowe Thrombey' from the Edward Packer's collection 'Choose Your Own Adventure'. It's Rian Johnson's first mystery movie since Brick (2005).