Exclusive 'Avengers Endgame' Interview: "You All Have No Idea"

The countdown to the release of 'Avengers: Endgame' is rapidly drawing to an end and this Friday the film will finally be released in cinemas worldwide. Thousands of people have been involved in the creation of this monumental blockbuster and via our contacts at eCartelera we have had the incredible chance to speak with one of the digital effects specialists, Daniel Antón Fernández, who works for Digital Domain.

Entire teams of people go into the creation of each and every shot and Antón explained what it is like to work in large Hollywood productions like Marvel films. Although he was careful not to confess too much, and this article is entirely spoiler free, the interview was enough to bring us to the edge of our seats with excitement. One thing is clear: you should prepare yourselves to be shocked. 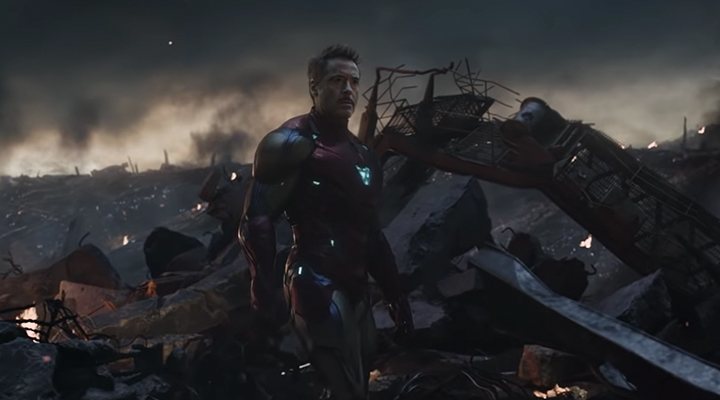 How much does an individual worker see of the overall image?

Antón: When we worked on 'Endgame' we only had access to the shots which we had to do, the ones the company had. Marvel security is brutal, they even cut us off from the internet. Everything was done via a secure service. Although we only had the shots on which we were working, they did give us an idea about what was going on.

Have you accidentally stumbled upon any spoilers?

Antón: Yes, actually I saw quite a big one. Because I was working on a sequence in which something really big happens to one of the original Avengers. In 'Infinity War' I also found a spoiler, but the two spoilers that I've found in 'Endgame' were a lot bigger because they're both very important points in the film which can affect the MCU forever. But I really cannot say anymore.

When did you finish everything?

Antón: It was handed in two weeks ago. Everything on our part is all completed. However, the asked us to do a couple of shots just for the marketing. Because Marvel loves that, almost all of the shots that you are seeing in the trailers are not actually like that in the film. It is so much fun to watch the theories and analyses of the trailers because you just think: "You've got it so wrong... You have no idea...".

But... what could this mean? This is too much excitement to bear.

In the interview Daniel Antón explained some of the challenges he faces working within the VFX business, confessing that often there are last minute alterations which need to be made to these big Hollywood blockbusters, and that 'Endgame' was no exception.

Were there any last minute panics?

Antón: It happened in one of the sequences in 'Endgame', the one in which I had seen a spoiler. We were working on it for five or six months and then they did a test screening and they decided that they were going to reshoot it and change practically everything in the entire scene only a couple of months before the release. We had to redo the whole scene again because we couldn't reuse hardly anything. The final outcome of the sequence is the same, but the way in which they get there is very different; we had done the scene with a lot of action and they decided that it was too much and they wanted it to be more emotional and sentimental and we had to change almost everything.

An "emotional and sentimental" sequence!? It seems that we will have to go to the cinema with plenty of tissues at the ready (and waterproof mascara)!