Inside the Worldwide 'Avengers: Endgame' Premiere

With only days remaining until the worldwide release of the most highly anticipated film of the year, 'Avengers: Endgame' had its worldwide red carpet premiere yesterday at the Los Angeles Convention Centre. Many fans had been camping outside the venue for several days in the hope of seeing their favourite heroes in the flesh. Dazzling on the carpet, which was dyed a vibrant purple to match the aubergine hue of Thanos' complexion, were of course the main superheroes, as well as old stars from the Marvel Cinematographic Universe and other VIP guests. After the phenomenal success of the prequel, 'Avengers: Infinity War' (which made over $2 billion worldwide), the event made way for what could very well turn out to be the biggest opening night in cinema history. 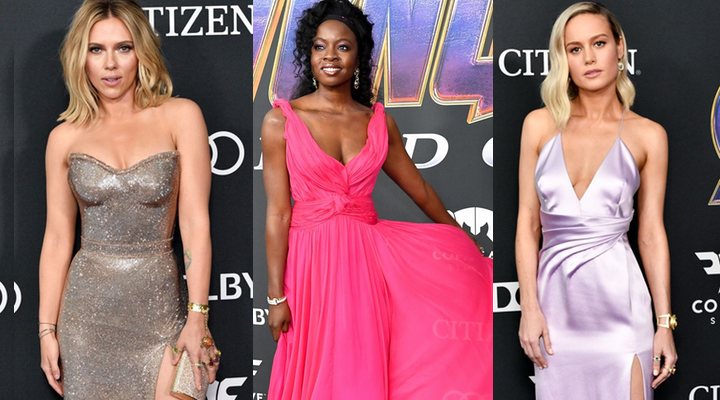 While posing on the carpet in their glittering gowns and suits, the stars commented on their nerves and excitement for the public to finally see this monumental finale to eleven years and twenty two films in the MCU. Scarlett Johansson (Black Widow) claims she is eager for the film to hit cinemas: "I just want the movie to come out so I don't have to hold anything in anymore". She described the anxiety she feels at events such as these, saying: "I feel scared that at any given moment I'm about to let some secret just fly out of my mouth". Executive Producer Louis D'Esposito was somewhat in agreement, refusing to give a comment on the film as he fears "all of it is a spoiler".

Fans are already anticipating an emotional end to the decade-long saga, and Mark Ruffalo (Hulk) warned that there would be tears: "Bring some diapers [presumably due to the 3-hour-long running time] and Kleenex boxes, that's all I have to say." Danai Gurira (Okoye) reiterated the sentiment, saying: "That was a traumatic mess for everybody at the end of that movie." Jon Favreau (Happy Hogan and the director of 'Iron Man' in 2008) was wistful about the past, reminiscing over the origins of the franchise, and Robert Downey Jr. (Iron Man) joked that Favreau was the man who "started it all". 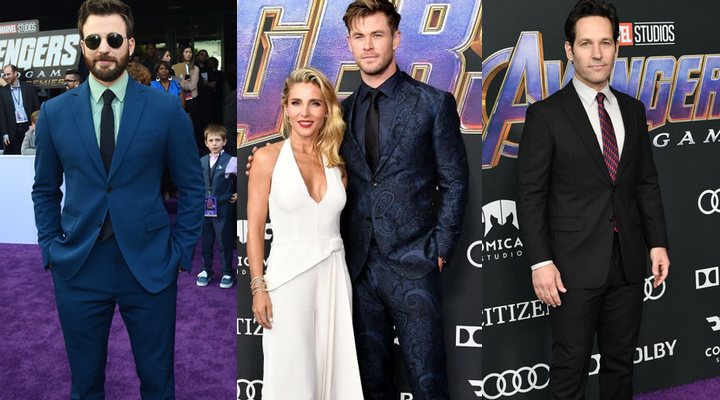 If the words of the cast members are not enough to hype up fans' excitement, these spoiler free reactions to the screening also promise an epic conclusion:

While watching #AvengersEndgame, I laughed so loud, I clapped with so much force, and I cried so hard. The movie exceeds every expectation and is the perfect culmination of the entire Marvel Cinematic Universe.

#AvengersEndgame is a masterful epic - a true culmination of 22 films that not only concludes the story, but expands upon it. You'll learn more about the other movies while this one unfolds. If Infinity War is the brawn, Endgame is the brains. And wow, what an ending! pic.twitter.com/94ttBUQKJ0

Imagine the best possible version of #AvengersEndgame and somehow the film still surpasses all expectations. I cried 5-6 times. It's the most emotional, most epic, MCU film. A tribute to ten years of this universe and holy shit the great fan service in this movie. Soooo good.

However, some ambitious tweets imply that some fans might not be happy with the way everything turns out:

There wasn't a dry eye in the house as the credits rolled for #AvengersEndgame.

Tears of happiness? Tears of sorrow?

With anger? With joy? What could this mean?

Despite the sparkling exterior of the premiere, not all has been sunshine and rainbows with 'Endgame'. After the internet went wild last week due to some footage from the film being leaked online, the Russo brothers penned an open letter to the fans begging them not to spoil the film for others.

If this drama was not enough, many of the fans who had camped outside the LA venue experienced a blow of disappointment when they were barred from entering the event and barriers were installed to prevent them from seeing the action within. Some such fans reacted with anger on Twitter and even directly tweeted stars in an attempt to obtain a VIP invitation inside.

We already been here for two days and behaved, just want to support our favorite event! @ChrisEvans @RobertDowneyJr @TomHolland1996 @MarvelStudios

The film will be released in cinemas worldwide on April 26th.